Saved by the Newquay Lifeboat

As the time passes on the sea more you get superstitious. More and more you start to realize that not everything depends on you. The Sea has its own life.

This day everything went wrong since the beginning. We should start with the lowest tides, at 4.15 a.m. but we woke up trapped, like fish on a dry land, sitting on the sand with our wooden legs in the middle of the harbor. Next lowest tides 3.00 p.m. With the high tides we went out of the harbor, tided ourselves to the mooring buoy and waited. The wind and the waves rose in the bay of St Ives and started to move the boat from all the sides. Without the keel the Bear Winner never goes to the wind. She always likes to take the waves from the side which is ultra uncomfortable for the people onboard. Since we just had 20 miles to Newquay we were not worried. At three we started Freddy, pulled the sail on, released the ropes, prepared to fly with the wind. Instead of going forward we started to drive in a circle. Wind leaning us more and more with every circle. We got trapped in between two ropes, one stuck under our rudder with the buoy and impossible to remove.

That was already the second time this day that we thought that maybe it would be better to wait one day more. The weather forecast for the next day was so bad that we still decided to continue. A little cut with the knife and off we go again.

First 15 miles were amazing, now we have really sailed for the first time. This little monster was doing 6 miles per hour with the most shortened sail. Water was coming inside the hull literally everywhere. But at that time we did not care, it was just to beautiful. The electric water pump is on anyhow all the time and we have pumped the hand pump every 20 minutes.

We have a very simple Gps system, showing just the shapes and the position, no names of the places. Normally it works perfectly together with maps but this time we have misread it. Instead of the harbor of Newquay we went to the bay in front of Perranpoth. When we have realized it, it was already to late. The waves and the currants did not let us out of the bay anymore. Three times we have tried, with the motor, with sails, with both, nothing worked. Gps was saying that we only have 5 more miles to go so this was still fulfilling us with courage.

The waves became heavy. One after another they were covering the deck of the boat from a higher point. We turned away from the coast, trying to go diagonal with the wind but he boat did not move, just leaning 45 degrees. Even with his new cover Freddy passed out already after the third wave.

In St Ives we have told about the name of our engine to Buch. We have told him about Freddy and Mercury, he did not laugh, he just said:” But why name your motor like this young lads,? Freddy Mercury is already dead.”

Just at a moment of despair a little dingy mysteriously appeared in the middle of the waves. “ Are you guys ok, do you need help?”, the voice came trough the flashes of water. It was the surfing rescue team. Wet and tired we could not do anything else than except this most friendly offer. The small rescue team from Perranpoth came first, Rich, with his wife almost giving a birth, jumped inside our boat in full equipment like a commando. They toed our boat to the small zodiak by the mast and started to toe us towards the middle of the bay where Newquay Lifeboat took us over. Rich was replaced by Tim, Newquay RNLI Lifeboat volunteer.The rescue action in its full power started. Flash lights, helmets, BBC infrared camera, sounds of Walkie Talkies.

When you are saved by a lifeboat three emotions go trough your head.

Happiness - I am saved, everything is ok

Fear – Oh fuck, how much are they going to charge us???

Wet and frozen we landed in Newquay's lifeguard office. The hospitality that was given us here went beyond all the expectations. We have been offered with warm drink, food, hot shower and also a dry place to sleep. We have stayed in Newquay residency for two days, dried everything and repaired and prepared the boat for new adventures. 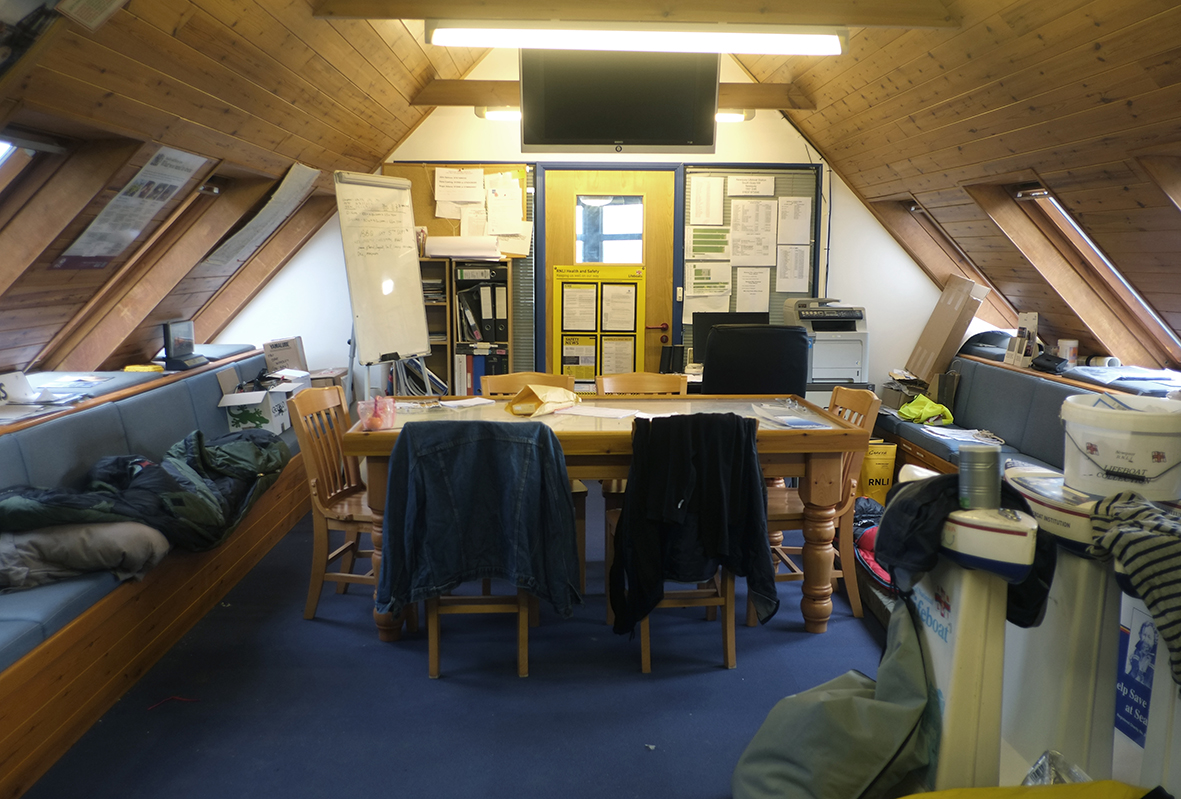 All of the lifeguards are volunteers. Young and old, ready to risk their lives to help people in trouble. The RNLI Lifeboat organization is based on charity. 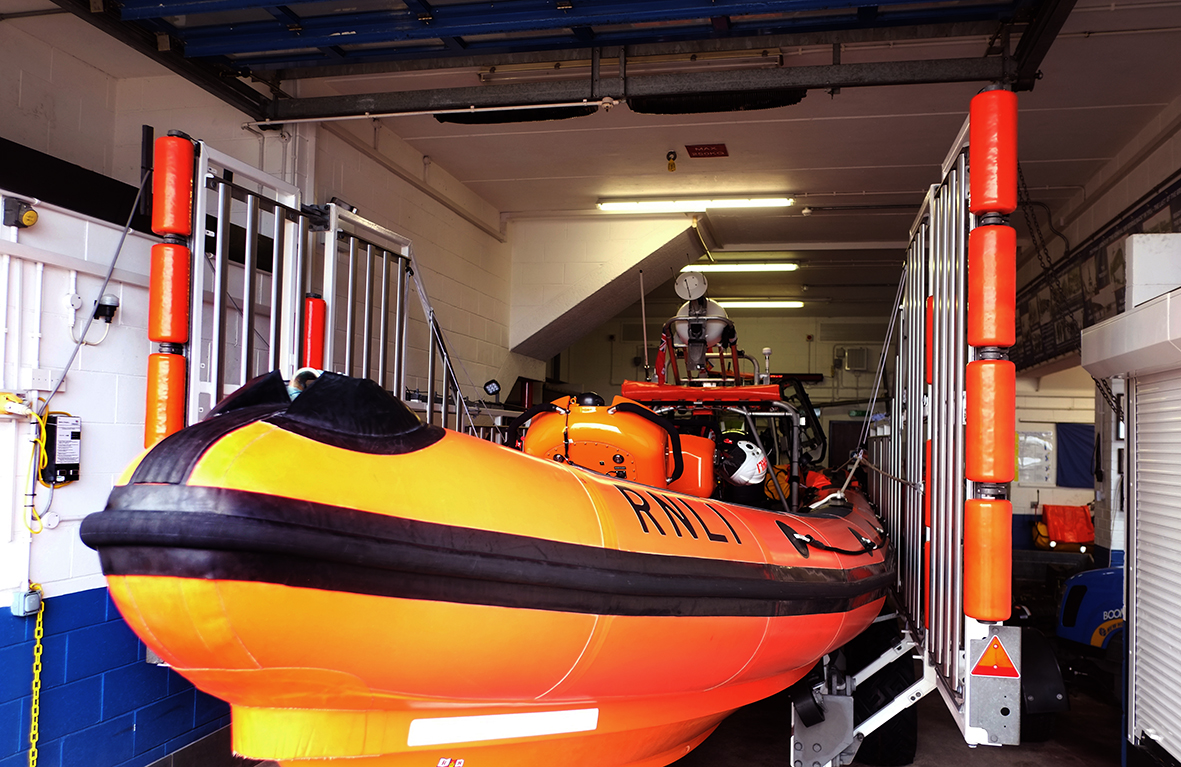 As for the superstition, do not try to whistle or even worse, sing, Wind of Change on board. It brings strong wind and big waves. On the contrary, a fleet of dolphin under your boat definitely brings good luck.