We set sails alone for the first time in Lezardrieux, France at 10 a.m. heading towards Plymouth, England. The weather forecast was good, 10 to maximum 15 knots of South wind. Our 1941, single masted, naked wooden boat called Soutien De Famille- Bear Winner was calling for adventures. In front of us there was 120 miles of open sea. 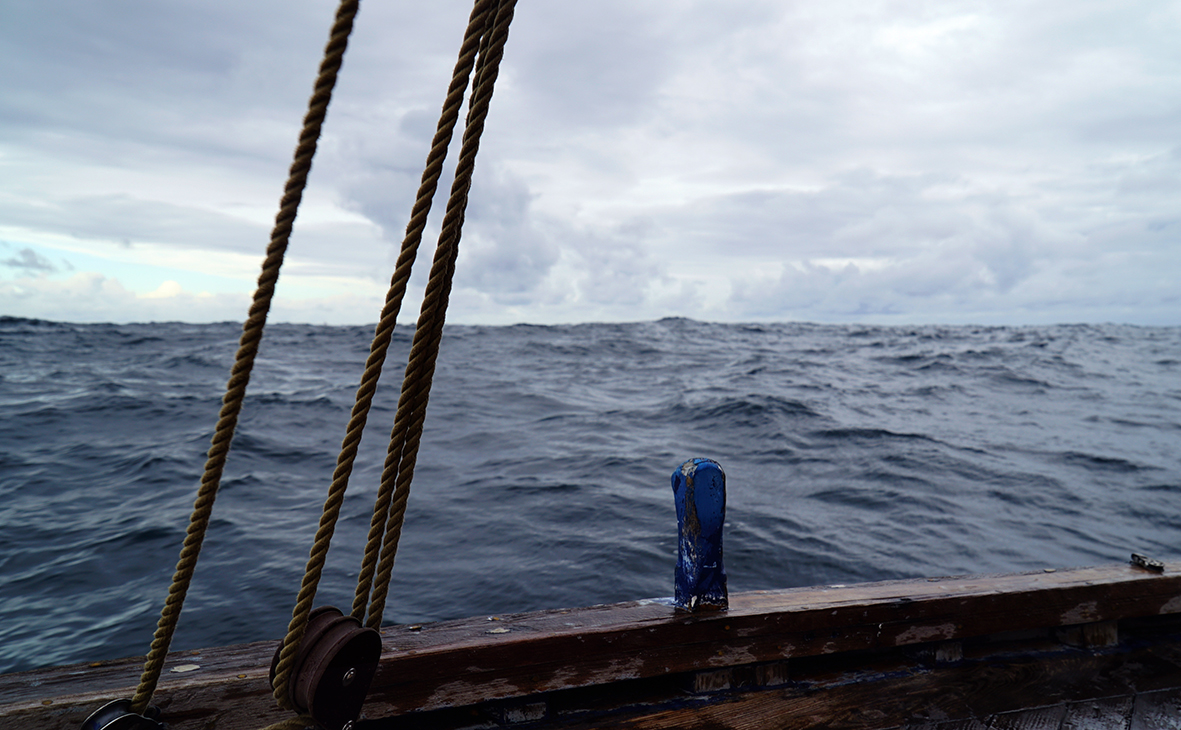 Nothingness. Open horizon with no boats, clear sky. Big plates of dark blue-green water were doing their lazy, long moves. We kept the sail just for stability. The motor, Mercury 4 stroke, 5 HP, positioned on the left side of the hull was doing mostly all the job of nice 4-4.5 miles per hour. First 20 miles was calm. The motor was working good, the sail catching just enough of wind. Little birds that i have never seen before, were gliding next to us and diving head-front in to water to catch their meals. Two big mackerels were our first guests onboard.

As the night started to arrive around 8 p.m. the waves and the wind rose. Boat started to lean and motor was grabbing the air. Loud sound of propeller, grasping for water was fulfilling the calmness and emptiness of the night. First storm got us unprepared. Already completely wet i was holding the rudder with one hand and grabbing the hull of the boat with the other hand. Keeping the tension in the body made me a little bit warmer. Little green and red lights appeared on the horizon – cargo boat Highway. 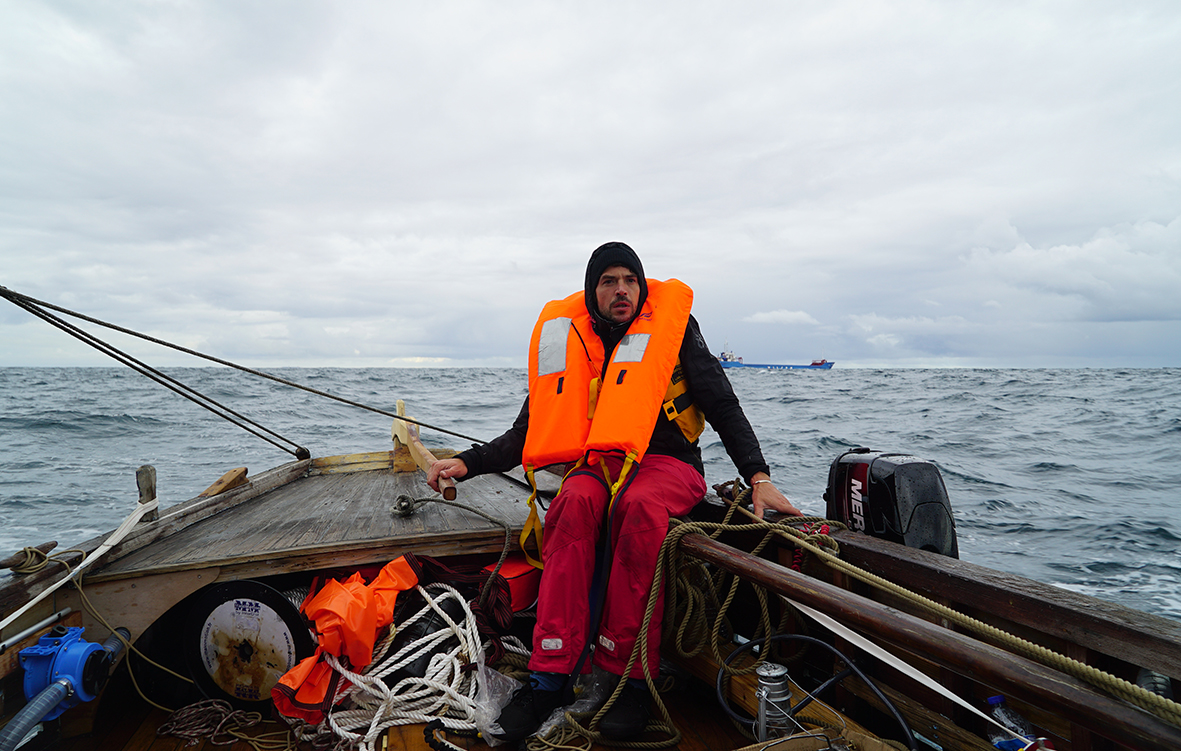 On the open sea you can only rely on the compass, in the night with no stars nothing else shows you your direction. My head lamp was all the time directed on it, flashing just for little moments towards the sea to observe the cargo traffic. Rain and wind continued even stronger and we were crashing wave after wave. BAM-SPLASH, BAM-SPLASH, BAM – SPLASH. Old wooden hull was moaning and shaking with every hit. In one moment we heard a big splash, the wind pulled of the radar reflector. It joined the mast lamp that was gone already one hour ago.

Around midnight we have entered the second cargo lines. With no signalization onboard, freezing and completely soaked. One hour later also the motor stopped, the waves covered him. Little lights became bigger. It seemed like Las Vegas, green, yellow and red, everywhere. In the night you do not see the shape but you can hear and feel the danger that is coming towards you. We threw the floating anchor in the water. The current was still pushing us forward between 1-2 miles and it was still possible to control the boat a little bit.

Waterproof VHF station broke. No one was making panic. Hardly speaking at all we sat together on the deck, covered with the spare sail and a little oil lamp next to our feet. Waves started to be so big that they were covering the boat from above and the wind raised to 30 knots. 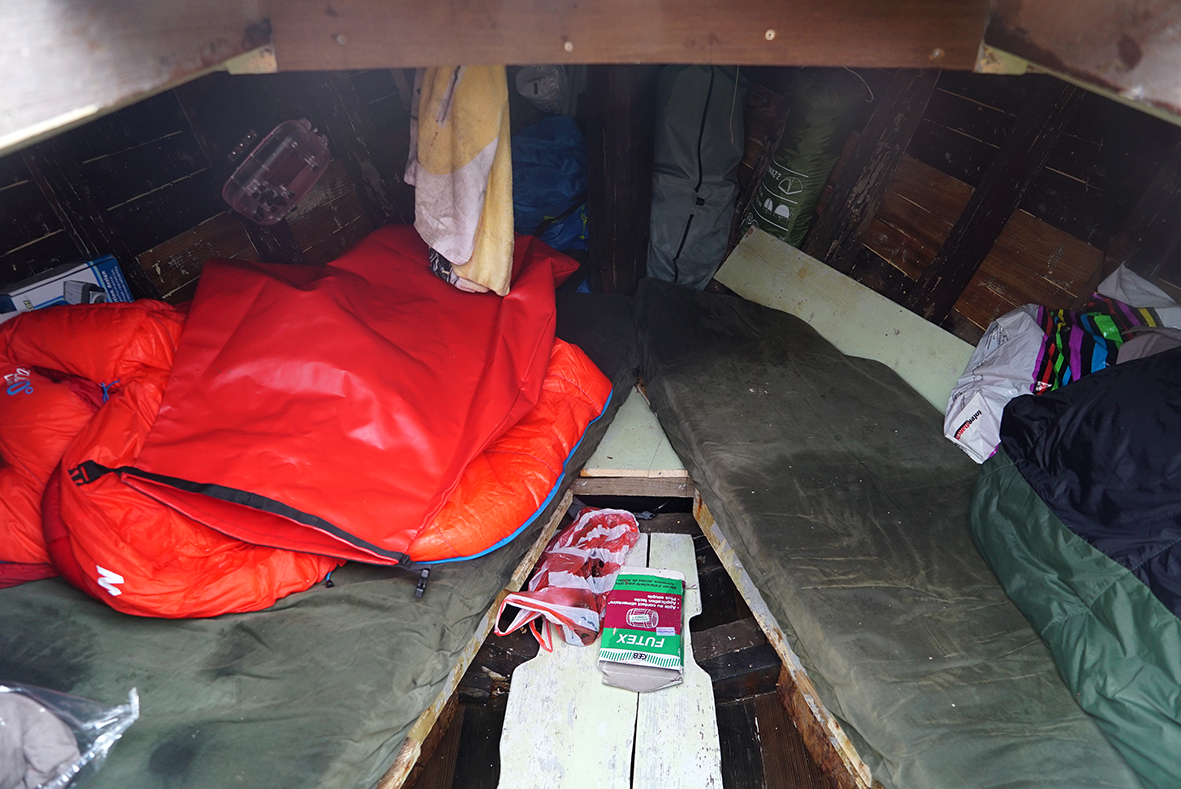 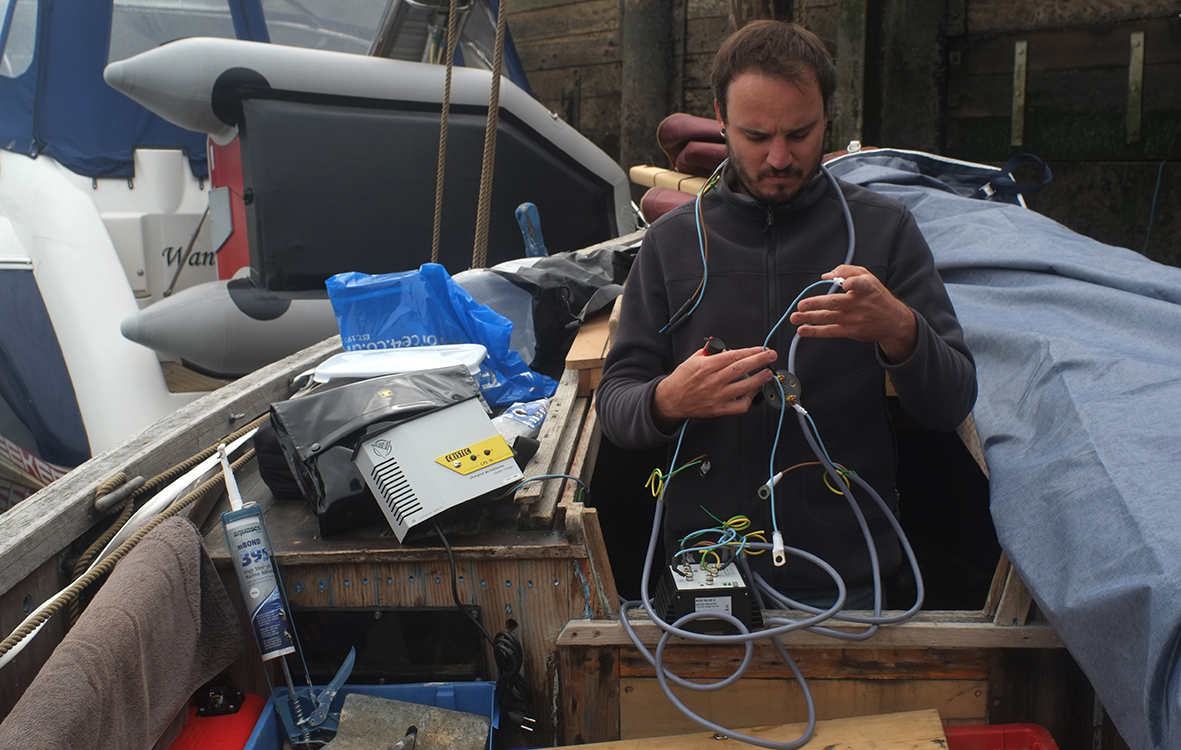 Three hours to sunrise. Hopeless. Closing my eyes took me to dream land. Images of the loved ones brought warmth and light. I have never made so many promises as i did in this night. When I opened my eyes there was a strong light in front of me, i thought that it was daylight but it was just a reflection of my head lamp facing the cabin wall. Big splash of salty water slapped me  in face.

Still 2 hours 45 until sunrise. My memory of the night ends somewhere here. Next thing I remember was daylight, coolness, the smell of pee all around me and Max's voice telling me that we should set sails again and try to escape like that. We  did it and  it worked. 3 miles per hour felt like a speed boat. At 10 p.m. we have landed on the english coast. Plymouth seemed like heaven.