We were in only bar on Gigha when John furiously entered the room: “You need to come with me guys, leave the drinks here, we are coming back soon, just come.” We jumped into his car and drove trough the dirt roads of Gigha. His view was focused, he did not speak. Later on I have realized that what I saw in his old eyes was the call of the adventure. We arrived to the wooden house and went inside. He introduced us to his daughter. She was the goal of our mission, her permission for his trip with us.

Next morning John came onboard, with a captain hat, jeans jacket, orange lifejacket, yellow plastic boots, sandwiches, sweets and a bottle of wine with a heart sticker on, saying Bon Voyage - a present from his daughter.

The tides were good, currant working for us, sun and just enough wind. We had to position John on the right place of the boat, Bear winner was not really ready for new weight. We put him in the centre, next to the mast, like this he replaced the keel and we sailed 9 knots with the currant. The fastest until now.

Since the first sail with Herve we did not have any guests onboard. It was interesting having a new companion onboard but at the same time a little bit strange. We got so used to our solitude and our little habitat that at the beginning we did not know what to do with it. It got better with time. 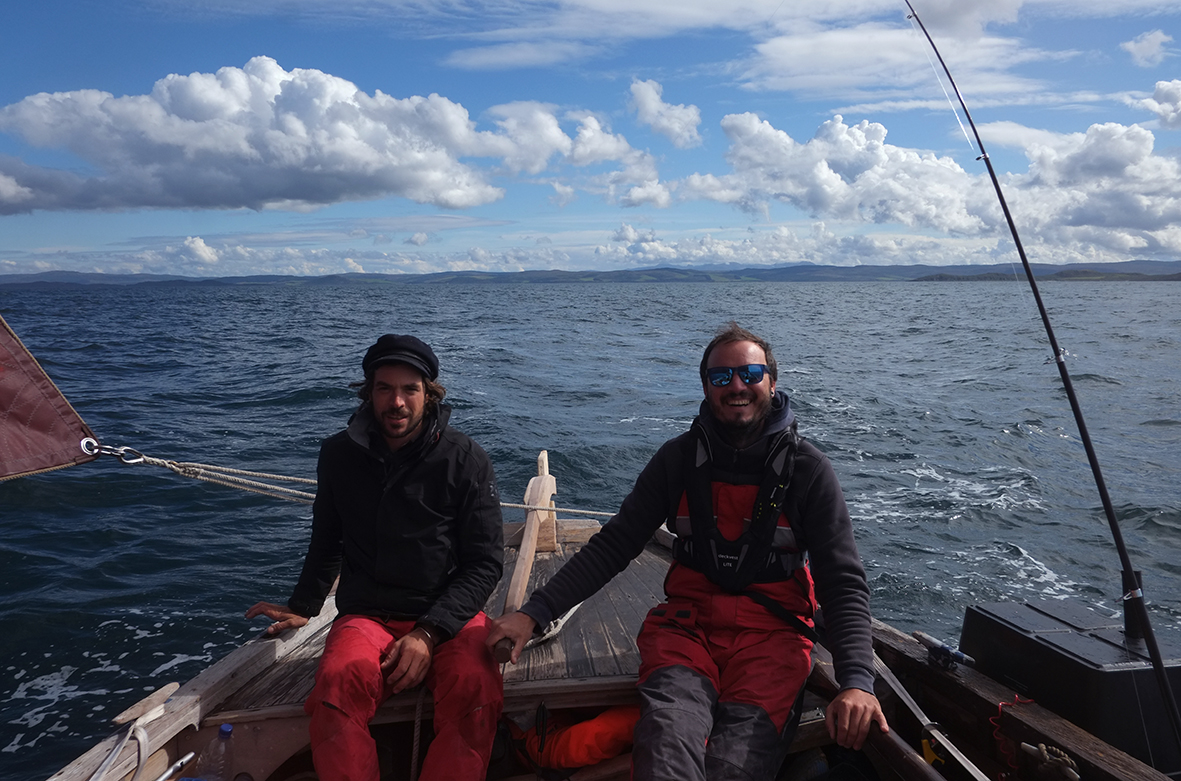 Seven hours of beautiful sail. Time for memories and rethinking.

The final goal was just two peaks away.