Already two days in Port Askaig. Locals started to behave more friendly in this tiny port composed by only one shop and one hotel/bar/restaurant where we spent most of our time. Everyone is using the ferry stops here, takes a beer, a coffee or a snack, as it's the only thing to do. The staff doesn't really gives a shit about the passing by customers.

The small dining room was half full when we arrived, more busy the second day. The first night we have shared the table with two nice Taiwanese staying in the hotel. We just met around cigars, whisky, mourning, and human warmth. The second night the waitress asked us to go to the snug bar because she didn't feel to prepare a table for us in the restaurant. Haggis already the second night, made from one of the two companies backing it for the all Scotland, delicious anyway.

When i first came in Islay 3 month ago, i felt this atmosphere of whispers and distances. Already in the 50 sits plane from Glasgow everyone with the colors and outfits of one of the 8 distilleries of the small island sympathetically ignoring each other, no one speaking to no one. Whisky is an industry with it secrets and it issues. 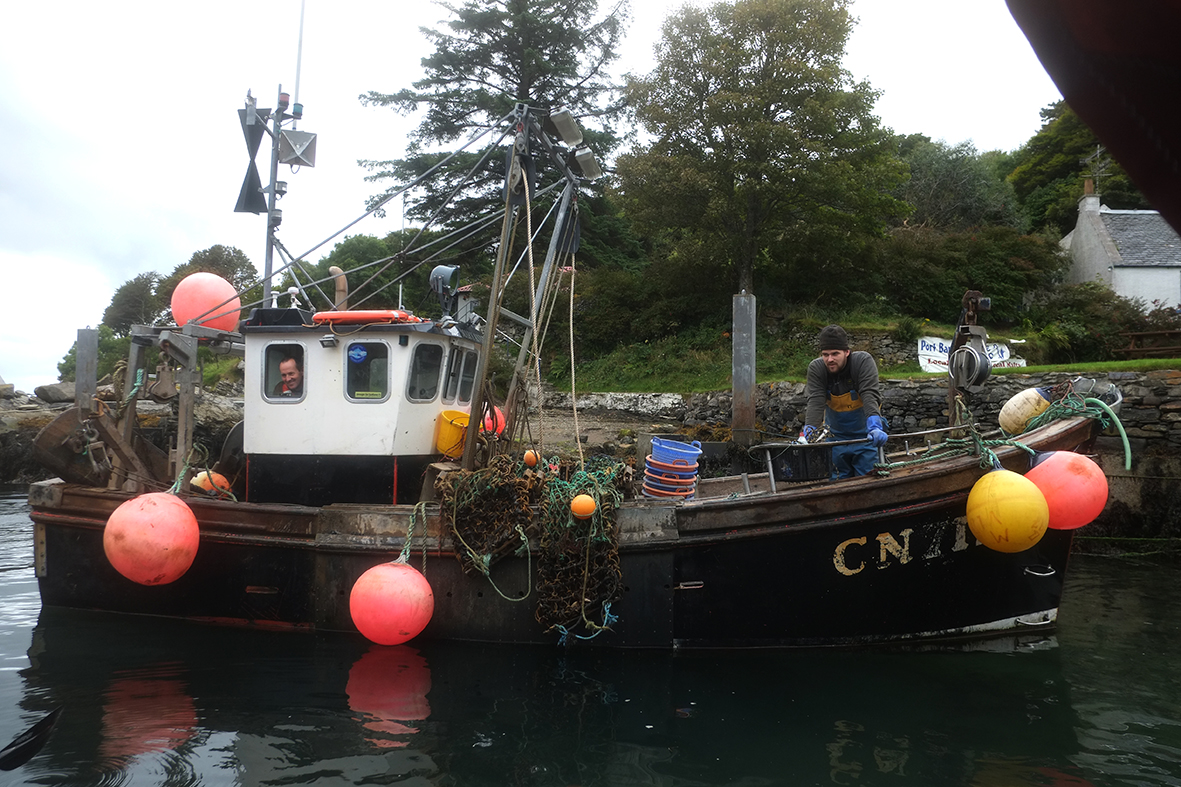 Here finally came our day. The weather forecast window opened and Bunnahabhain distillery crew was waiting for us. First arrived the journalist from the BBC, with her camera focussed on us. People started to give a closer look. They came and asked us some questions about the project, reviving if rumors where true. Then our cinema crew landed, both taking the direction of the distillery.

Some hours later we cut our ropes one last time. We quit the tiny harbor in an unexpected efficient maneuver and we were quickly caught by the dropout of our mainsail… Already a photographer was around us on a powerful orange zodiac. He was taking photos of us struggling with our chandlery. We managed to hang it back and pull it up one more time. The arrival being so close made us little bit confused. 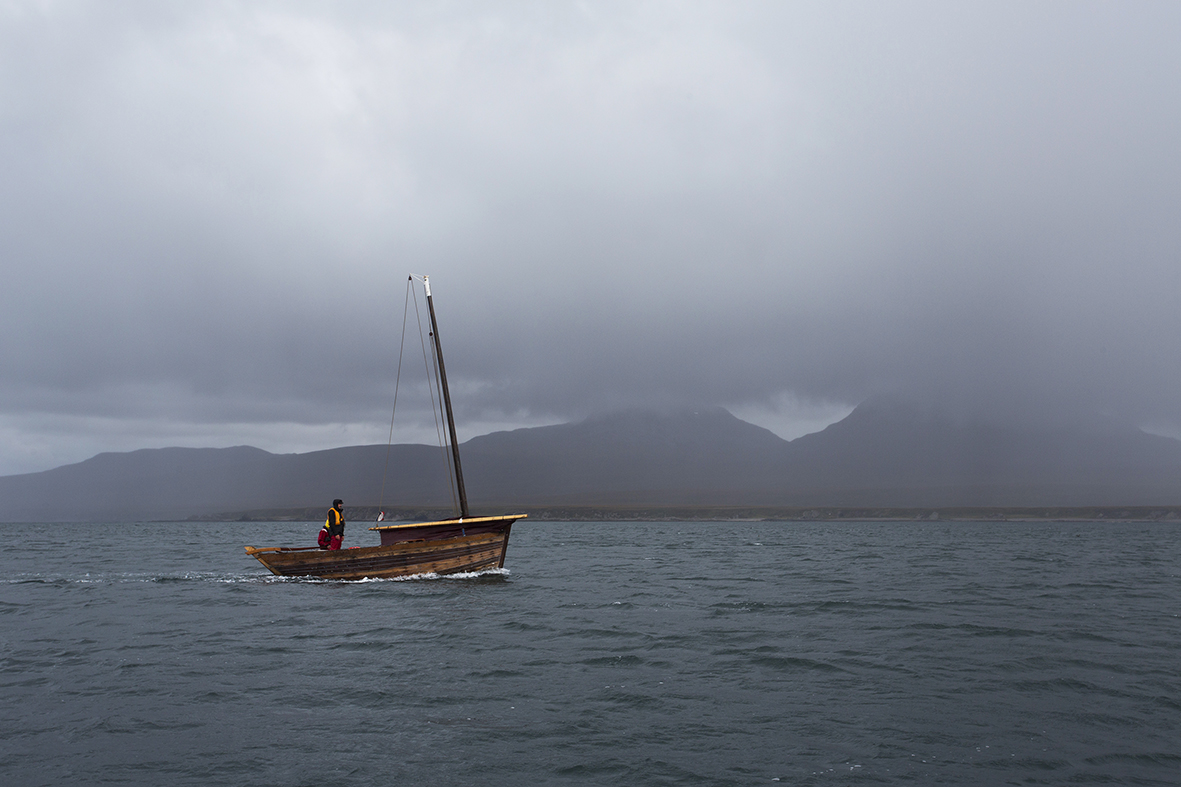 Wind is vigorous in the sound of Islay and the tides were pushing us with an enduring power. A shower joins our appointment, stout and

Violent, it reminded us again the almighty reigns of the nature and the sea.

Because of the strong conditions we had to shut down the sail a little bit sooner than planed and started the engine, but here we were. Half a dozen were here with us : our two Taiwanese friends, John from Ghiga, the girl from the communication company and her photographer just jumped from his zodiac and two Australian tourists.

Our joy was huge regarding what we have accomplished, we would love to share it with witness here but our audience was restricted.

Couple of photos/smiles/chin-chin with a glass of whisky after. It was the turn of the BBC journalist to come and shoot, trying to put her words in every bodies mouth.

We wait for this media coverage to go as it came and restage our arrival for our own pleasure and camera crew. This last sailing was fantastic, no more pressure, no more stress, the boat was leakin from everywhere and agonizing but the wind was sweet and constant as the waves. The sea offered us a last ride.

As we slided from one side to the other we felt for the very first time what the real sailors name the call of the sea.

When we reached the jetty it was already time to join the launching ramp and pull our boat out of the water.

Another paragraph opened for us. We succeeded, through all unexpected events. 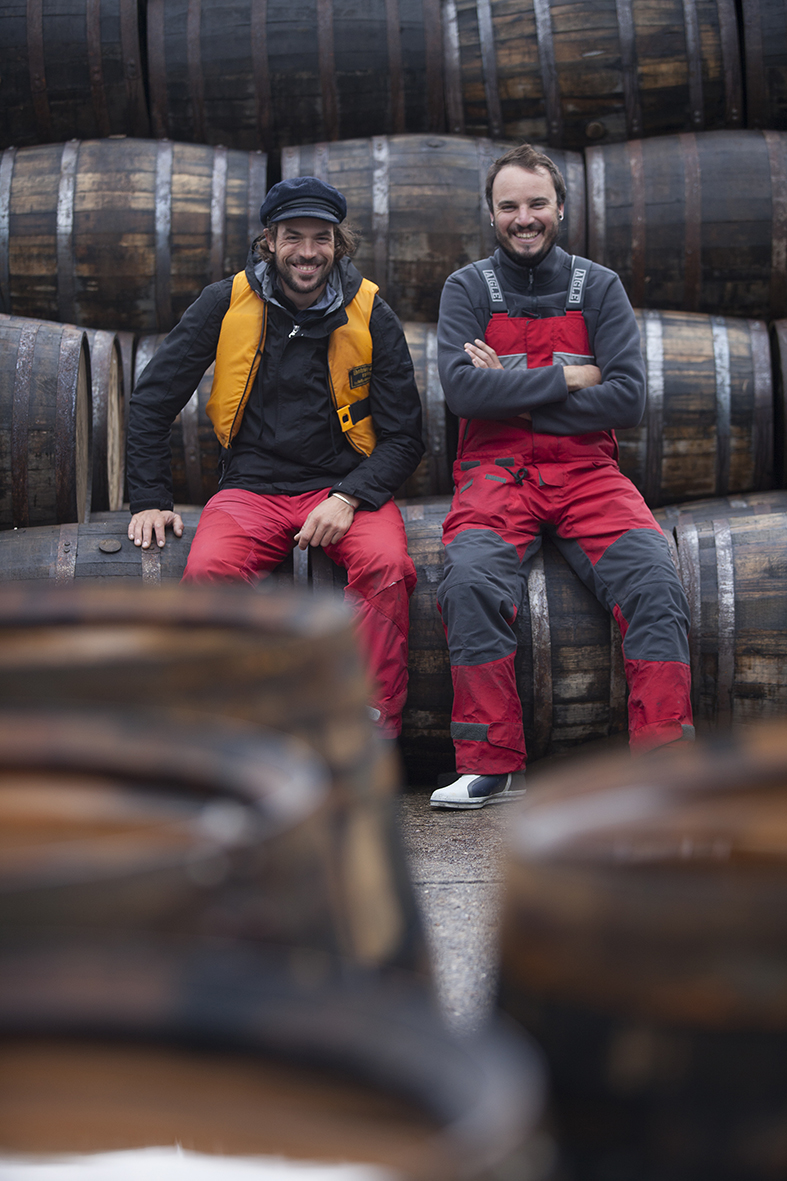