It's about two hours that we quit Wales, Paul's first Camel yellow pack is already finishing, i'm sitting in the back of his land rover defender, it's bumpy i don't know if i will be able to wri...

Defender is like a tank. Small windows in front of me and the squeaking sound of windscreen wipers. Driving Wheel on the right side and 600.000 kilometers on the counter. The car is three years old. Paul literally lives in the car.

Writing on the back seat was not possible so i took a nap. In between my naps i could hear Paul saying things as opposite about everything as a radio speaker to his only audience : us.

All the back seats are removed so Paul's bed can fit in. I sit on the bench that is hard like hell. Our max speed 40 miles per hour.

We jump from a radio show to music. It seems Paul knows all the radio schedule by heart. The rhythm and tempo of the conversation is directed by radio program. Also the content of our conversation. We sing, we laugh, we argue about politics. 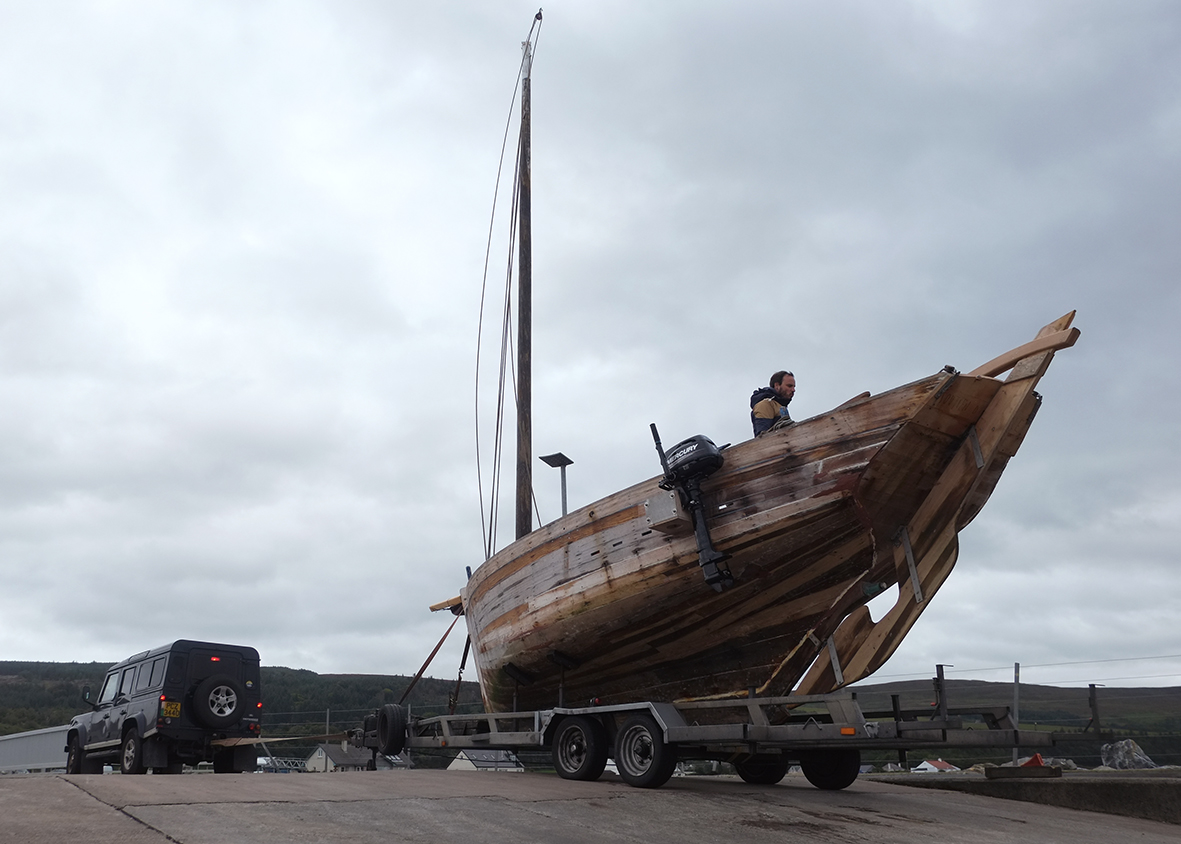 Here we were, after the night on the road with Paul ands his defender, back to the sea. North channel was in front of us.

Our mast was originally used as a telephone pole, 5 m long and weights around 150 kg. The hole for it is up in the front and it goes trough the roof until the bilge. We had to put it up again. We were Paul, Max and me and no machines.

Paul put on his working clothes, lighted the endless stock of Camel, detained his eyes, and said:”Oh boys, thats going to be hard.”

Max was holding the end of the mast to slip into the hole and Paul and me were lifting the back part. At one moment i saw the mast rising above me. The image of it falling and crashing our heads and destroying everything around us flashed trough my mind. Paul was like a rock, he hold the mast by his own. Pushed with his shoulders one last time and the mast slipped in.

After this action he was gone in five minutes, the road, the kilometers and his friend the radio were awaiting him.

Bear winner was in the water again. Cutting the waves of the north channel, heading towards the island of Gigha. Ireland on the left and Scotland in front of us. Endless horizon on the right. Rain in our faces but we were happy to be back. After the english channel, Lizard point and Land's End experience i was questioning myself a lot if i would feel need and happiness to go to the sea ever again. I do. Couple of days in the harbor and your eyes escape to the blue horizon. The sea pulls you back. 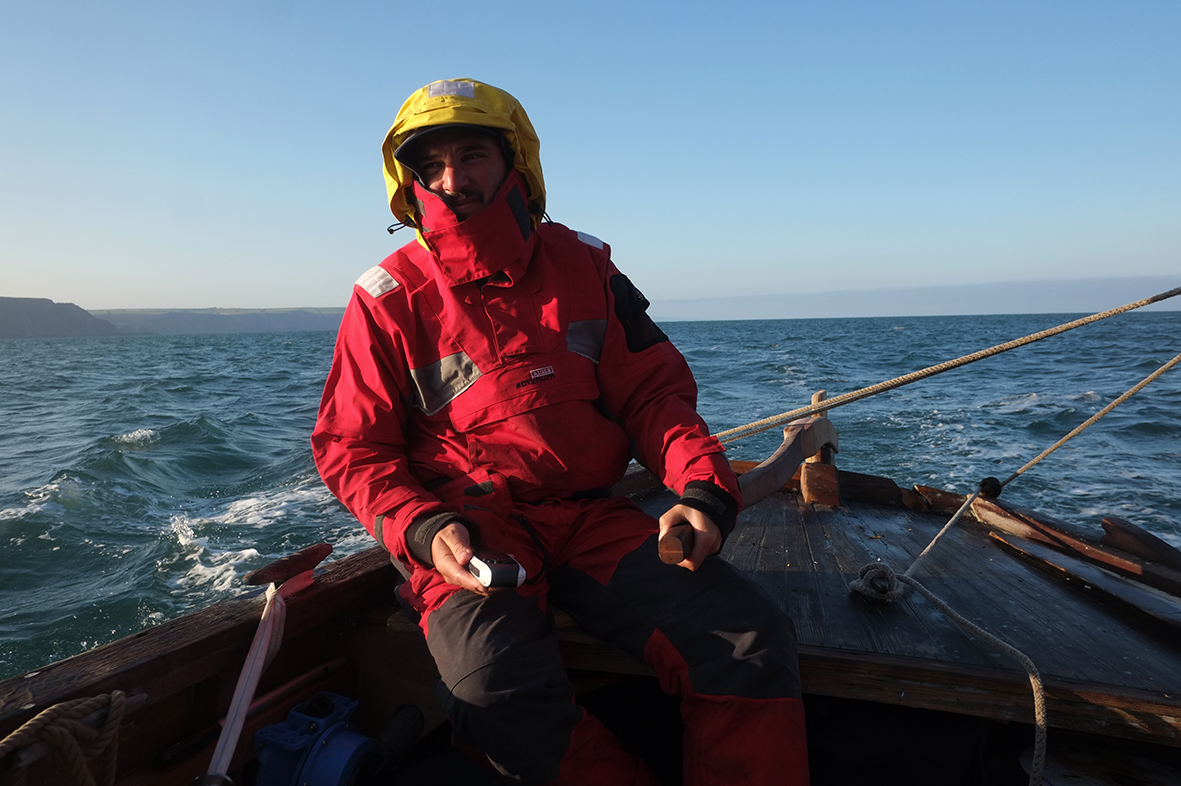 The leaks were still here but a little bit less than before the second reparation, so we had to pump only every half an hour.

They say that it always rains in Scotland. It rained this morning also but when we started to approach to Gigha, the coast was enlighten with sunlight. Big Island but only 150 people. One hotel, one restaurant, one post office, primary school, no shop, no police and John.

John was waiting us already at the beginning of the unfinished peer. Big man with shorts, yellow boots and captains hat. Same age as Bear Winner-74. He was the first one on our whole trip that welcomed us on our arrival. He invited us to his house, we drank his rum and smoked his tobacco. 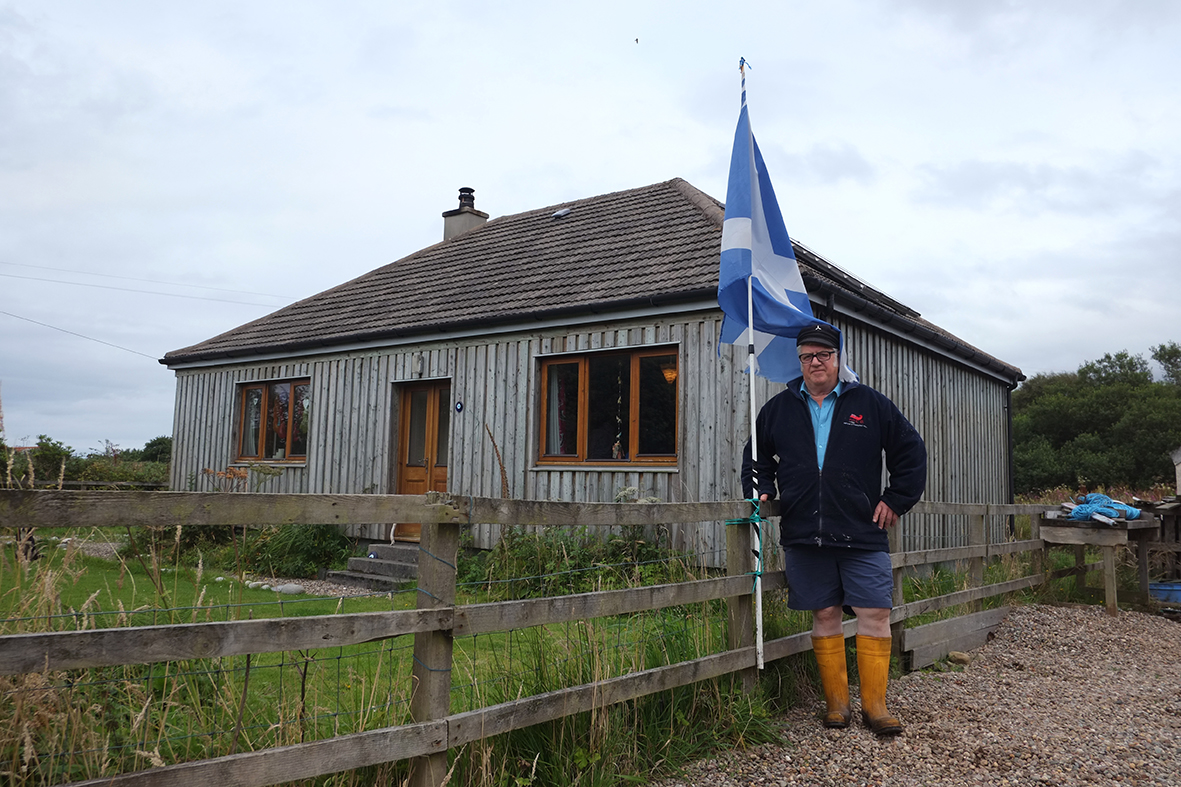 Saorsa Gu-brat- Freedom forever, says an engraved writing on the stone in front of Johns home.

We have landed on Scotish ground. 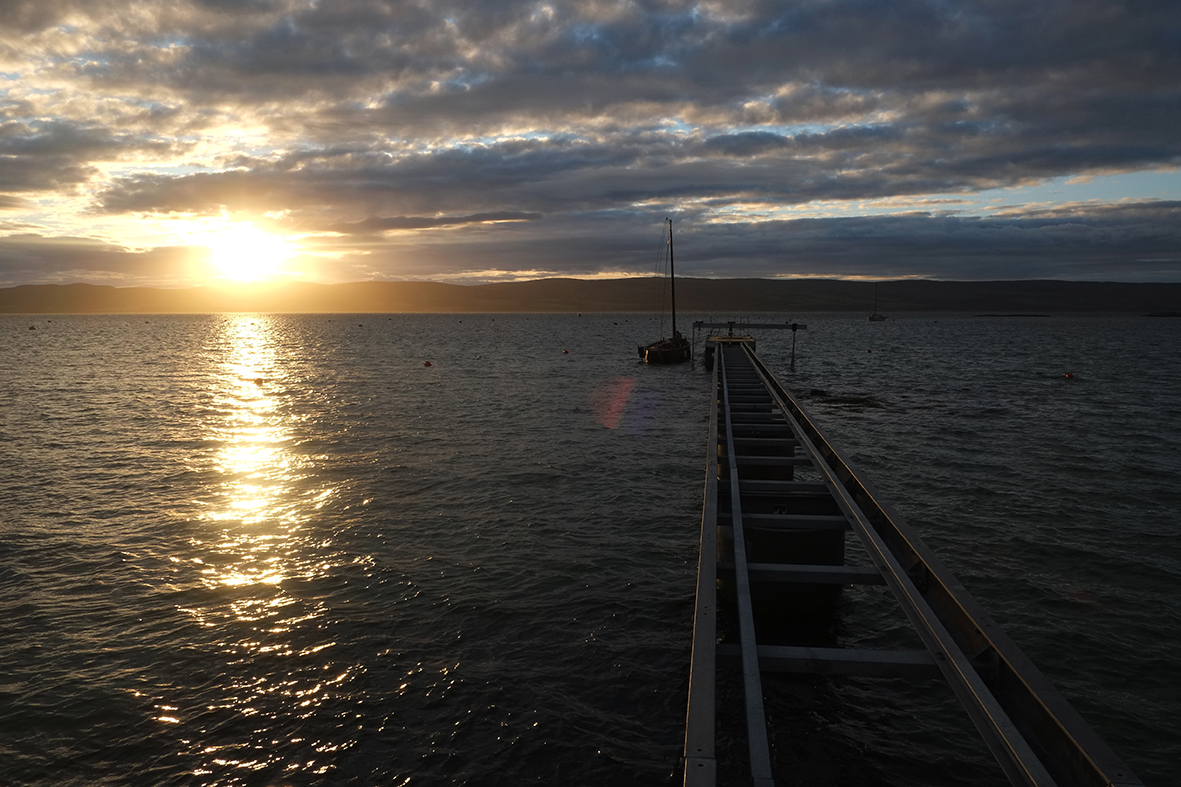